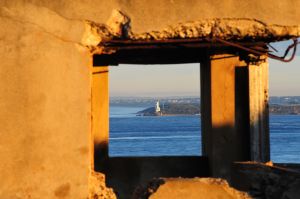 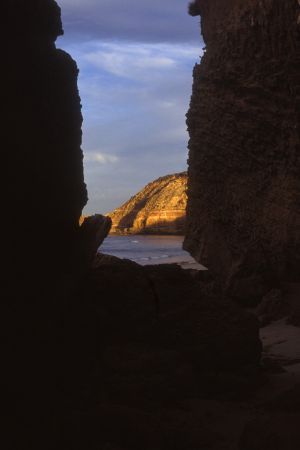 Having lived on the Mornington Peninsula most of my life I’d have to say that Point Nepean National Park would have to be my favourite stretch of  coast along the peninsula,not just because it’s home to two of the best surf breaks but also because it’s so untouched and unspoilt. Before it was proclaimed a National Park back in 1988 it was part of the Department of Defence’s Quarantine territory and strictly out of bounds.I have vivid memories of numerous encounters with army personnel trying to block our efforts to access the quality waves in the area.
Since becoming a National Park it’s become possible to explore and experience it’s vast wealth of historical significance.It’s probably most famous as the location for the disappearance of  the then Prime Minister,Harold Holt, back in December, 1967.
The area has far greater historical significance than that, stretching back to 1882 when it was better known as Fort Nepean, with the building of numerous fortifications and the placement of two giant guns to guard against any enemy forces trying to enter the bay.These guns were only ever fired twice (quite significantly as the first allied weapon to be fired in both WW1& WW2) once in August 1914 and again in September 1939.Today,tourists can freely wander through these fortifications and numerous tunnels that dot the landscape near the point. The Quarantine station further inside the bay was established back in 1852 to deal with the threat of disease bought in by newly arrived immigrants.
The area also holds special significance to  the local indigenous  people,whose ancestors, the Bunurong tribe, once roamed these rich coastal areas for over 4000 years, feasting on the abundant flora, fauna and seafood,evident by the numerous “middens” scattered along the coastline.Unfortunately.in an all too familiar story it didn’t take long after European colonization for these aboriginal communities to completely disappear by 1877.